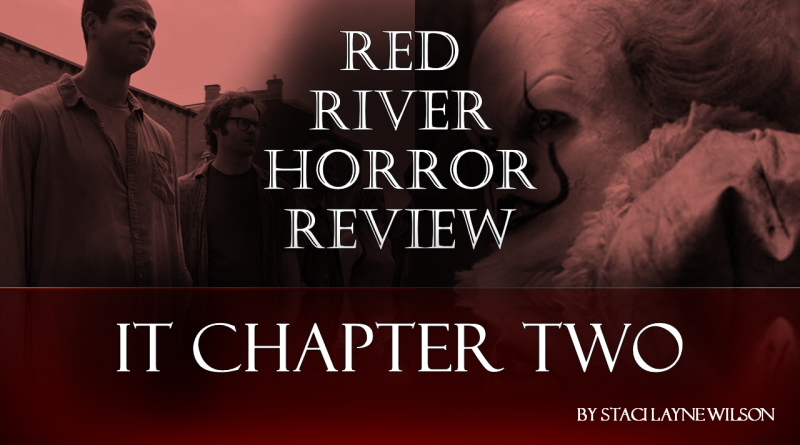 For centuries, an evil entity has dwelt far beneath the small town of Derry in Maine. It must thieve the very spirits of children in order to live, and it comes to the surface every 27 years to do just that. This soul-stealing isn’t a simple extraction, though—it’s done through terrifying, violent, and bloody means. In order to lure its victims, the creature shapeshifts into a variety of guises, its favorite being “Pennywise the Dancing Clown.”

It was introduced in the 80s via a massive novel by the master of horror, Stephen King. That story spawned a miniseries in 1990, and now there are two companion big-screen releases. The first one, released in 2017 to massive box-office success, was set in the 1980s and focused on the children of Derry—a misfit group in particular calling themselves The Losers Club. The second chapter was supposed to focus on these kids all grown up 27 years later as they are forced to confront their demon one more time. But, much to my disappointment, It Chapter Two is almost half flashbacks and basically a complete retread of the first movie.

The stellar Bill Skarsgård returns as the clown we all love to fear. He’s excellent as expected in spite of the fact his character is not written with as much depth this time around. In addition to the child cast we already saw (and see again), their adult counterparts are played by James McAvoy, Jessica Chastain, Bill Hader, James Ransone, Andy Bean, Isaiah Mustafa, and Jay Ryan. As in the source material, the grownups have forgotten not only the horrible collective experience which nearly cost them their lives, they’ve all but forgotten each other. No one has kept in touch after leaving Derry behind and they have no memory of the supernatural shitshow they survived—all except for Mike (Mustafa), who gathers up the gang for one last fight to the death with Pennywise.

Chastain and McAvoy, arguably the two biggest names, are great. I just wish their characters would have been able to shine without the constant flashbacks to their child selves. Hader really steals the movie, showing chops in both the drama and comedy arenas. Having said that, there is way too much comedy in It Chapter Two for my taste. Worse, the scares are overpowered by exposition and a mishmash of disjointed genres, making this film a bona fide whaddaya-callit.

There is horror for sure—I mean, yeah, an evil clown is ripping off the faces of children with his razor-sharp piranha teeth—but it is not crafted with the level of suspense and dread one hopes for when going into a dark movie theater. Part of the problem is the overuse of CG. I understand that there is no way a movie like this could (or should) have a lot of practical effects, but at times I felt like I was watching a Transformers flick, what with all the morphing into gigantic thingamajigs (a huge statue of Paul Bunyan comes to life, an old lady grows 10-feet tall, and a puppy turns into a cartoon Cujo on steroids). When the horror is understated and just plain creepy, it really works.

It Chapter Two isn’t terrible, it’s just not as good as it could have been. A lot of my colleagues are raving about it, so who knows? You might love it. But if it doesn’t float your boat, don’t say you weren’t warned!