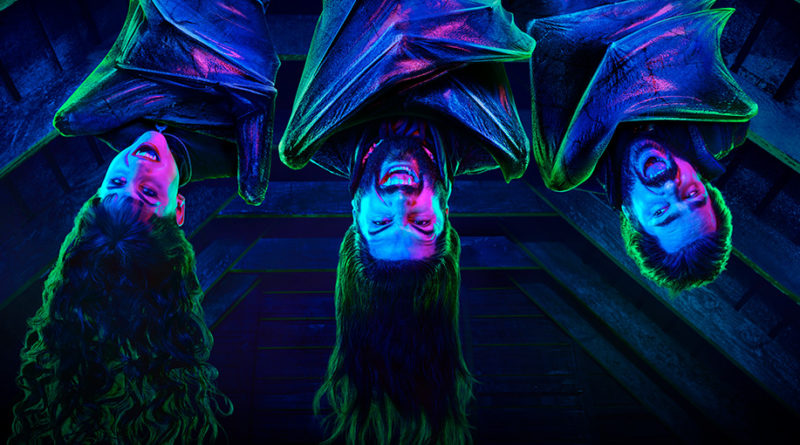 Based on the innovative and hilarious 2014 cult favorite of the same name from Kiwi comedians Jemaine Clement and Taika Waititi, “What We Do in the Shadows” gives a bats-eye glimpse into the nightlives of vicious vampires who find themselves reduced to everyday citizens in modern-day Staten Island. Relegated to the roommate life, they struggle to adapt to an almost alien world made up of baffling technology and complicated bus transfers.

Clement and Waititi stay behind the scenes, giving center stage to Matt Berry as preening Brit Lazlo; Natasia Demetriou as the seductive Eastern European Nadja; and Kayvan Novak as Nandor the Relentless, a legendary outlaw from the Ottoman Empire who’s become quite the bumbler in his old age. Harvey Guillen plays Guilllermo, an obsequious human assistant who hopes in vain to be rewarded with immortality. The fifth, and perhaps scariest, roommate is Colin Robinson (Mark Proksch), an energy vampire who feeds off the vitality he drains from others through insufferable, unending chitchat and passive-aggressive behavior.

As in the feature mockumentary, a vérité camera crew follows along as the vampires set out to conquer the world, vanquish the local gang of werewolves, and attend weekly City Council meetings. The characters also address the viewer from time to time, borrowing its concept from “The Office” but making it more idiosyncratic and surprising by way of its magical yet mundane setting.

There are lots of insider jokes for vampire freaks (especially when you see what happens when Nandor decides to wear sparkles on his skin to impress their ancient overlord), plus the expected bat-transformations, sharp fangs, and glowing eyes. Flashbacks are illustrated with the use of old woodcuts and eerie medieval art, which are then intercut with nostalgic, off-color stories told by today’s stifled supernatural squad as they’re forced to try and blend in with the rest of society.

The cast is faultless, but it may be difficult for fans of the movie to not pine for Clement and his toothy brethren, not to mention the more fully-realized werewolf clan as led by Rhys Darby. (However, we were only shown the first handful of installments; so, perhaps the shapeshifters claw their way into more screen-time in the future.) The shows are fast-paced, fun, and well-populated by villains and victims alike.

Each episode is a brilliantly bite-sized half-hour, and while they are self-contained, we do learn a little bit more about each character as the absurd and delightful story unfolds. Enjoy it while you can, as there’s no telling how long FX will be able to keep up unique and niche offerings like “What We Do In The Shadows” now that Disney is its new corporate king.

The vampires try to plan a lavish blood feast in honor of a visit by their ancient master from the Old Country. Written by Jemaine Clement; Directed by Taika Waititi.

The vampires get embroiled in local Staten Island politics as their first step to world domination. Written by Paul Simms; Directed by Jemaine Clement.

The fragile truce between the vampires and Staten Island’s werewolves is tested, and Colin Robinson finds romance with a new co-worker. Written by Josh Lieb; Directed by Jemaine Clement.

The vampires venture into Manhattan, to make an alliance with an old friend who is now the king of the Manhattan vampires. Written by Tom Scharpling; Directed by Jemaine Clement.