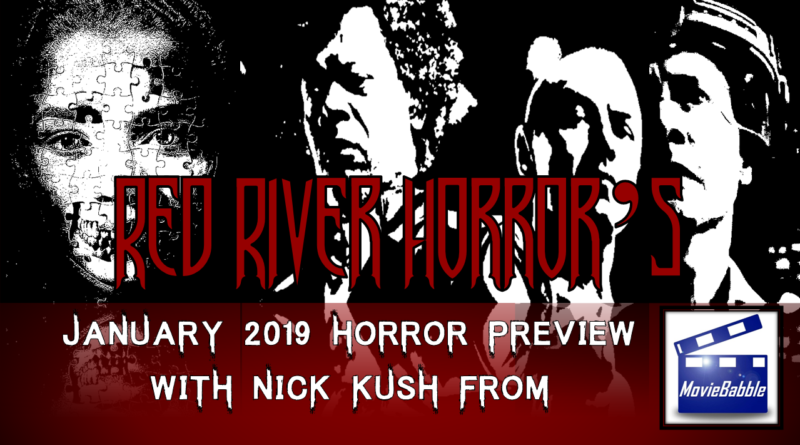 Now that your holiday hangover has finally melted away (or at least I sure hope it has) it’s time for another year, one that is hopefully full of amazing, scary, bloody, and horrific horror and thriller films. The last few years has seen a renaissance of sorts in the genre, so let’s hope it continues into 2019.

As for January in terms of the release schedule, it’s always a sleepy one for new films. The holiday releases continue to play through the month and Oscar-hopeful films continue to expand into more theaters, but as for “January releases”, there aren’t many to get excited for. While the tide is certainly changing as studios realize that they can earn a few extra bucks with limited competition — an example of such a shift is M. Night Shyamalan’s Glass — the first month of the year is still seen as a dumping ground, a place where lackluster and low-budget projects go to hopefully recoup the funds that these various studios put into them. There’s always a few hidden gems, however, and hopefully I can steer you in the right direction (depending on how you choose to view these movies).

Here’s a breakdown of all the notable horror movies coming out this month:

A growing trend for the first weekend of the year in recent time has been the release of a high-concept or franchise-driven horror film. In 2018 it was Insidious: The Last Key; Underworld: Blood Wars came in 2017; 2016 had The Forest; and 2015 had the woeful The Women in Black 2: Angel of Death. The other thing to note here is the lackluster quality of all of these films which doesn’t exactly bode well for this year’s Escape Room, a Saw-esque horror film where the rooms are a bit more than immersive… they’re DEADLY. (cue the *dun dun DUN!*)

In all seriousness, this high-concept film could offer a few thrills for horror junkies, though there’s a few notable problems with the formula here: 1) a film that looks to be centered on convoluted kills and moments of terror is rated PG-13; and 2) the film is distributed by Sony through Columbia Pictures — the company has had serious problems with genre filmmaking as of late. I find Escape Room to be moderately enticing on face value, but it has too many obstacles in its way for me to recommend that you see it in a theater. This might be a decent rental in a few months time.

I solely want to mention Replicas for its potential as a so-bad-it’s-good thriller. Starring Keanu Reeves, the movie follows Reeves as a scientist who clones his family following a deadly car crash. As Reeves mentions in the trailer, he broke literally every law of humanity to make it happen, and I cannot wait to see how this bonkers movie plays out.

Entertainment Studios Motion Pictures is distributing this film, and in combination with the fact that they’re the industry leader for a studio that is most likely to be a fake front for some criminal activity given their suspiciously on-the-nose and awkward company name, their CEO has mentioned in the past that they hope to pick up the crumbs that other studios leave behind by investing in these mid-budget, often schlocky films that many studios are staying away from these days. That sounds like a recipe for a successful terribly awesome flick if you ask me.

Though Split was a fairly hard-R rated film, M. Night Shyamalan’s Glass is PG-13 in a move that appears as a shift towards more of a conventional superhero film. But considering the dark characters still involved in this film, I’d like to think that categorizing it as a thriller is reasonable.

All the footage we’ve seen thus far from Glass looks very solid, and I expect a quality film too. As a native Philadelphian, I’m also hoping that this film will firmly set into place that M. Night Shyamalan is indeed back for good. The Visit has its fans and Split certainly changed the tide of thought around M. Night, but I think as a collective most of us are still waiting for Glass to call him “firmly back” as a talent in Hollywood. It appears that he learned quite a bit from his well-documented swoon that included some legendary bad films. I’m rooting for his continued success, and I hope you do too.