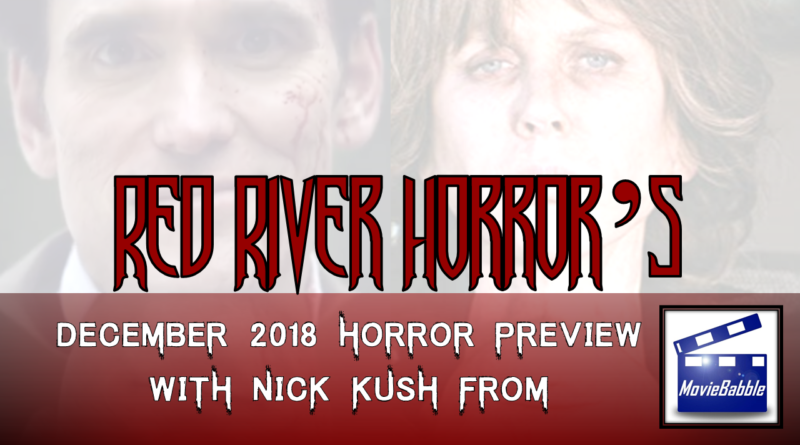 December often acts as a pseudo-summer month in terms of the movie slate; there are plenty of high-profile films that are meant for a wide audience. Luckily, you have me, and I can point you towards a few horror and thriller movies so that you don’t have to go see Aquaman five times.

Here are my picks for you to keep an eye on this December in the realm of horror:

Netflix’s Bird Box (odd title) strikes me as a cross between A Quiet Place and It. With a cast featuring Sandra Bullock, Sarah Paulson, Trevante Rhodes, John Malkovich, Jacki Weaver, Lil Rey Howery, and B.D. Wong, the film centers around unseen entities that appears to shape shift to each person, taking on that person’s greatest fear. However, if you don’t see these creatures, they don’t attack. As such, each member of the group wears blindfolds to get from place to place in order to remain safe. The film was written by talented screenwriter Eric Heisserer fresh off of the resounding success of Arrival back in 2016. We’ll have to wait until the 14th to stream this one, but it’ll certainly have its moments.

In other news, Lars Von Trier has a new film entitled The House that Jack Built coming to theaters in a limited release, and I’m sure that absolutely no one is going to get pissed off this time by his film!

That hilarious joke is even funnier knowing that people have already gotten angry. LVT’s latest film made headlines when it premiered at Cannes back in May as about 100 people stormed out midway through. The film is said to be unbelievably vile, full of graphic bodily mutilation and child murder scenes over its long 151-minute runtime as a serial killer portrayed by Matt Dillon recounts his meticulously planned killing spree through the Pacific Northwest.

It goes without saying that this film is NOT for the faint of heart. (But let’s be honest: you want to see now that I warned you against seeing it, don’t you?)

While millions of people will be cheery on this day, a fraction of them will be getting depressed by the dark and ferocious Destroyer from director Karyn Kusama (The Invitation). This grisly thriller depicts an LAPD detective — played by Nicole Kidman under heavy makeup — that is placed undercover with a gang. Naturally, the results of such a setup are tragic in more ways than one as the leader of the gang reemerges and forces the detective to confront the leader and everything that has afflicted her in her past.

There’s has been faint Oscar buzz for Kidman’s performance as the damaged Erin Bell in this film. There’s always a film that premieres right before the end of the year that makes noise at the Oscars a few months later — Destroyer might be that film this year.

All the Creatures Were Stirring – December 4th (VOD and DVD)