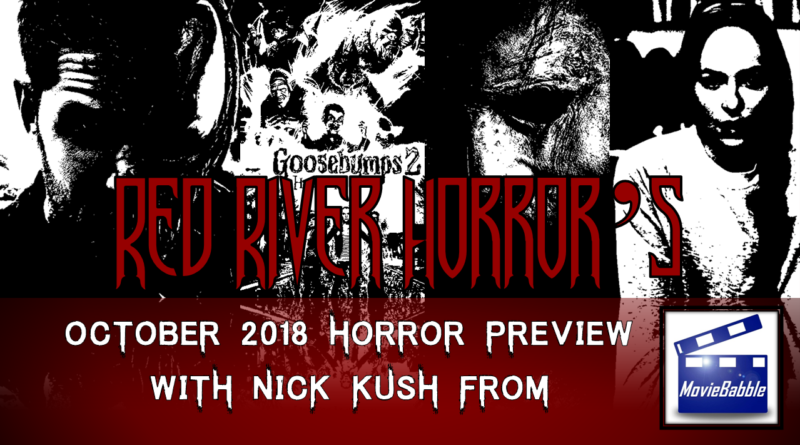 Ahh, it’s that beautifully bloody time of the year once again. October is magical, and primed for plenty of horror opportunities at your local theater. Whether it’s another film in one of the greatest horror franchises of all time or a darker take on the superhero genre, every weekend in October has you covered – as it should I might add!

Here’s a taste of all of the scary movies you can expect this month:

From Sony’s never-ending desire to have its own franchises full of super-powered beings, Venom was born. At first glance, this movie appears to have the solid foundation for greatness, or at least some sense of adequacy. It has Ruben Fleischer – director of Zombieland – behind the camera with stars such as Tom Hardy, Michelle Williams, and Riz Ahmed in front of it. Sounds pretty good, right?

Well, Hardy himself is quoted as saying that his favorite 40 minutes were cut from the movie. That’s not exactly the best endorsement of the film as a whole. Add into the equation that Venom has a PG-13 rating and wreaks of corporate desperation for future team-ups, I’m not too high on this one.

Goosebumps: Haunted Halloween is another Sony movie to hit theaters this Halloween season. And just as curious as its handling of Venom, this horror-comedy feels like another cash grab.

News broke late last year that Sony had two Goosebumps movies in development after the strong success of the 2015 adaptation of R.L. Stine’s classic books: one with Jack Black and one without. It appears that the script without Black’s involvement won out here as there are no signs of him in the promotional material. Come to think of it, there’s little fanfare for this movie at all thus far. Is Sony trying to hide a dud?

40 years after the original instantly became one of the most iconic horror movies ever, a new Halloween comes to theaters, rewriting most of the franchise’s continuity and stripping it back down to its essentials: Michael Myers killing a lot of innocent people in bloody fashion.

Director David Gordon Green and writer Danny McBride were given John Carpenter’s blessing before filming started, so you know that this film has to have some sort of quality in it. Whatever that amounts to on the big screen remains to be seen, but I want to see this movie right NOW. Bring on the Shatner mask!

The original Suspiria is a wonderful Giallo film — probably one of the best films that the Italian subgenre has to offer. However, it’s pretty curious to remake such a film. A great film with a fairly moderate cult following? Is there much of a route to box office success here for Amazon?

Regardless, this remake looks pretty fantastic. From director Luca Guadagnino (Call Me By Your Name), this movie appears to be an atmospheric creep fest contrary to the bloody original. From critics coming out of TIFF a few weeks ago, that hunch appears to be the case. 2018’s Suspiria could sneak up on a few people in the wake of Halloween.