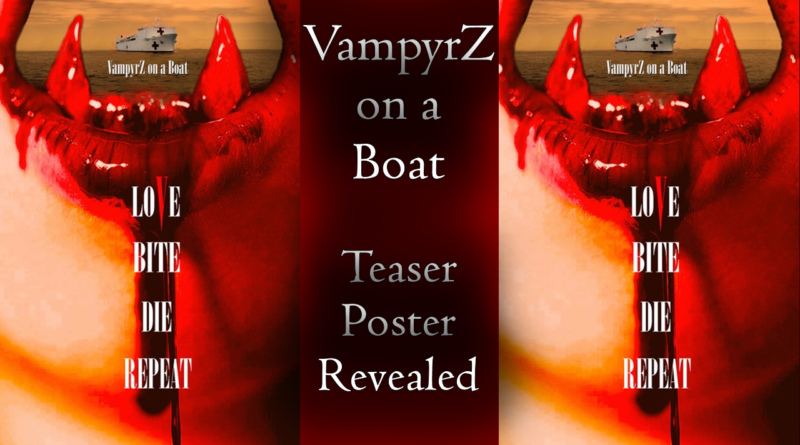 VampyrZ on a Boat is the latest project to wrap principal photography from Fire Breathing Films — the studio that brought The Fiancé (2016) and Valentine DayZ (2018) to the screen for horror/comedy fans.

Fan favorite and pop culture personality Carrie Keagan and award-winning actor Dallas Valdez once again share the screen in this sure-to-be-bloody romance set on a medical research ship in the midst of a vampire outbreak. Max (Valdez) will stop at nothing to get back Sara (Keagan) — the girl of his dreams.

Carrie Keagan is “one of the most talented actresses ever,” exclaims Valdez. “What a pleasure to work with.”

VampyrZ was filmed on the iconic SS Lane Victory ship, which is parked in the waters of San Pedro, California, near Los Angeles. The ship is an American Victory-class cargo ship that was used in World War II, the Korean War and in Vietnam. The vessel, a National Historic Landmark, also has a rich history in cinema, and has been used in the films: Flags of our Fathers, G.I. Jane, Pearl Harbor, The Thin Red Line, Titanic and U-571.

We’re guessing VampyrZ on a Boat will be a little bit different than the films listed above, but it will be cool to see how this historical piece is utilized as the setting for this horror/comedy feature.

Scroll down for the teaser poster.

VampyrZ on a Boat completes a trilogy that includes The Fiancé and Valentine DayZ. Both are available now through Amazon Prime, Google Play, iTunes, Microsoft XBOX, Steam, Vimeo, VUDU and YouTube.