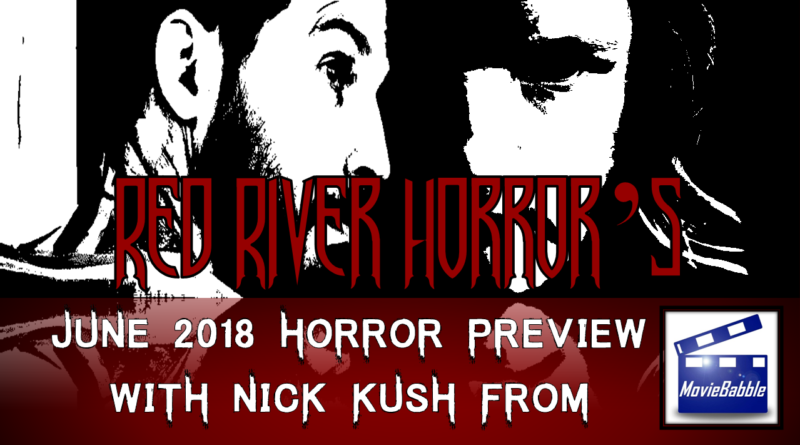 June is a bit of a quiet month for horror and thriller films.  This year, most of the entertainment is coming either on video-on-demand or DVD releases.  In fact, most of these films already had their chance to wow audiences in previous months.  However, for the films that are fortunate enough to get a theatrical release in June, you better pay attention to them.  They might just rank as some of the best in the genre this year when it’s all said and done.

Let’s take a look at the June 2018 Horror Preview:

Coming in the first weekend of the month (some of you might have already seen this movie by the time this article goes live) is the new thriller from Leigh Whannell (creator of Saw and Insidious) entitled Upgrade.  Starring notable Tom Hardy doppelgänger Logan Marshall-Green, the film follows Marshall-Green as a man who becomes a quadriplegic in the process of trying to save his wife from certain death, ultimately failing to protect her.  Frustrated, Marshall-Green’s character seeks revenge.

To do so, he takes part in an experimental procedure that involves inserting a mechanical device (called STEM) into his spine.  Upon completion of the surgery, Marshall-Green not only can walk again, but he essentially has a supercomputer in his head that can control his motions.  Upon giving the device permission, Marshall-Green turns into a certifiable badass that can easily disband of any individual that gets in his way.

In his journey to find justice, Marshall-Green’s character encounters countless others individuals with bodily enhancements, including a man who has a shotgun in his arm.

From writer/director Ari Aster comes a horror film that has been making waves at festivals for months now: Hereditary.  With Toni Collette in the lead role, the film follows a grieving family after the death of Collette’s mother.  Her mother had a strong influence on the family, and her death sends Collette and her family into a tizzy as they begin to discover more and more about their ancestry.  The more they learn, the more sinister their fate becomes.

Everything is tied back to the family’s heritage, which makes the scares even creepier as they have a deep underlying message regarding the horrors of death and connection.  Hereditary premiered at the Sundance Film Festival back in January to rave reviews, and those reviews have continued as Hereditary currently holds a 100% on Rotten Tomatoes as I’m writing this piece.  It looks like A24 has created another indie masterpiece!

If the film performs well enough, it could be a sleeper for recognition come Oscar time this fall.

To Hell and Back: The Kane Hodder Story – June 26th (VOD and DVD)