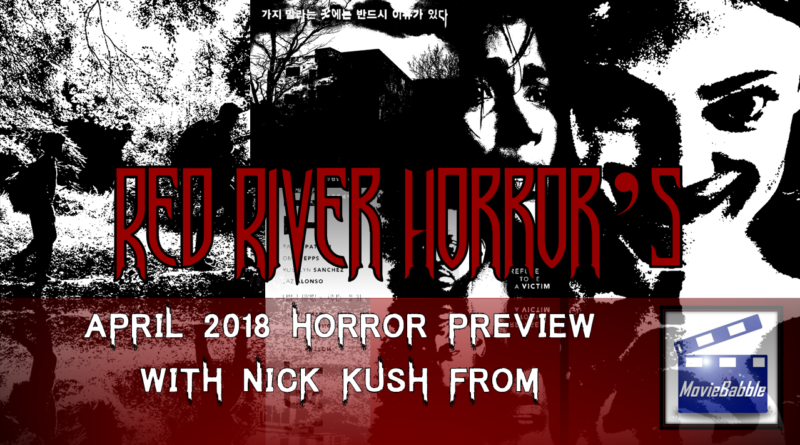 You know April for the jokes that come with April Fools Day, but the big-time horror films of the month are looking to quickly remove all the laughter from the world of movies, replacing it with a sense of dread.

Most of the horror/thriller films in the month of April are available from the comfort of your home, but there are still some fascinating projects coming to theaters, starting with the first weekend of the month.

Paramount’s A Quiet Place is the directorial debut of comedic star John Krasinski, continuing the narrative started by Jordan Peele with Get Out that comedic minds are also great storytellers that can fill audiences with fear.

A Quiet Place is certainly a high-concept film.  Starring the director and his wife Emily Blunt, it is the story of a family that lives in a desolate version of Earth that is populated by mysterious creatures that hunt by sound.  As the marketing material explains, “if they hear you, they hunt you.”

The film premiered at SXSW to rave reviews and currently sits at a whopping 100% on Rotten Tomatoes.  It’s no secret that Paramount is in serious need of a box office hit, and they just might get one here.

Blumhouse continues its run of PG-13 horror films with the release of Truth or Dare.  The game you know turns deadly when a group of friends are forced to play — or die.  No matter where they go, they must play by the rules or succumb to a supernatural force, overtaking them with a stretched smile (which has already turned into many memes on Twitter).  No critical reception has been recorded yet, but you can be sure that Blumhouse will make another solid profit off this low-budget movie.

Gonjiam: Haunted Asylum is definitely a lesser known film, but it has a very interesting premise.  The crew of a horror web show begin manufacturing scares within an asylum as part of their live stream, but the scares start to become real as they venture further into the building.  It might be hard to find this one in theaters, but it could be worth the search!

Starring Paula Patton and Omar Epps, Traffik certainly falls under the thriller umbrella. But fingers are crossed that it can still provide some quality scares.  Following two couples traveling to a secluded estate for a romantic weekend, a group of violent bikers begin to torment the two groups.  As you might expect, the two couples must fight for their lives to escape the area and find help.

The Devil and Father Amorth – April 20th (Limited and VOD)