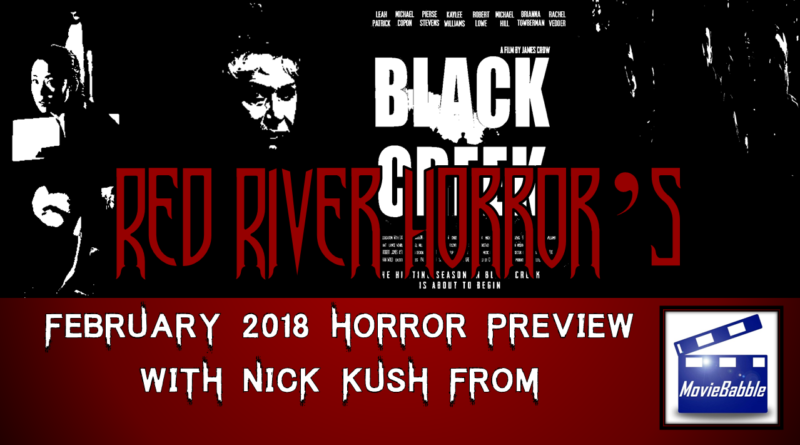 February might be the shortest film of the year, but it’s still chock full of horror films that should please genre enthusiasts in one way or another.  Let’s take a deep dive into the February 2018 horror preview to see which films might walk away as the most discussed movies of the month:

If you aren’t too busy preparing for the Super Bowl this coming weekend, check out Winchester!  In an isolated stretch of land outside of San Francisco is the Winchester house, which is said to be the most haunted house in the entire world.  Legend has it that Sarah Winchester made a deal with the devil to keep construction going on the house in order to keep the demons that live there at bay, leading to a labyrinth-like structure that engulfs its residents.  There’s not much early word on this one, but any film starring Helen Mirren has to be watchable on some level.

The latest Netflix original is The Ritual.  The film focuses on a group of friends that take a hiking trip in the Swedish wilderness.  On their trip, they become lost and are forced to take shelter in an abandoned shack.  Once inside, they uncover some dark secrets that make their worst nightmares feel unbelievably vivid.  There’s certainly shades of The Blair Witch Project in the synopsis, but buzz for the film was overwhelming at the Toronto International Film Festival (TIFF) back in September, indicating that the film is more than just a rip-off.

If I still can’t convince you to watch The Ritual, look for Still/Born on VOD.  After a mother loses one of her twins in childbirth, she suspects that an evil entity is now after her other child and shows absolutely no signs of stopping.

There’s two VOD releases this weekend that you can snuggle up with your Valentine (or by yourself, I don’t judge) and enjoy.  The first of which is Black Creek.

After the death of their dad, two siblings head out to a cabin with some of their friends to spread his ashes and lay him to rest.  But, the teens are quickly overcome by a demon upon their arrival, leading to them to commit some unspeakable acts.

The weekend of the 23rd is the busiest weekend in the February 2018 horror preview.  The Cured was another 2017 TIFF selection that is finally being released to the masses.  Starring Ellen Page, the film is set in the aftermath of a devastating virus that turned humans into zombie-like monsters.  Now that a cure has been developed, society is divided into those that never contracted the virus and those who were once infected and committed horrible acts.  The tension between the groups begins to boil over, leading to another calamity if something doesn’t change.

The Lodgers is another house-centric horror film, but with a little twist on the formula.  A secret curse forces two siblings to stay within a haunted mansion.  But, when a man who falls in love with the sister tries to set her free, a chain reaction of horrors ensues.

Finally, the most anticipated movie in the entire February 2018 horror preview for yours truly is undoubtedly Annihilation.  From director Alex Garland (Ex Machina), the film follows a military group that enters an enclosure (termed “The Shimmer”) with its own ecosystem and secrets.  In order for the biologist (Natalie Portman) to save her husband, she must go deep into The Shimmer and discover all it has to offer.

Paramount has been unsure how to market this film since it started production.  They’ve decided to pitch it as a science fiction/horror hybrid.  However, executives at Paramount are nervous that audiences might not grasp its heady themes.  If you ask me, that means go into the movie expecting something more than a horror film.  Who knows, we might have another mother! situation on our hands.  Either way, everyone will be talking about Annihilation in the months to come.