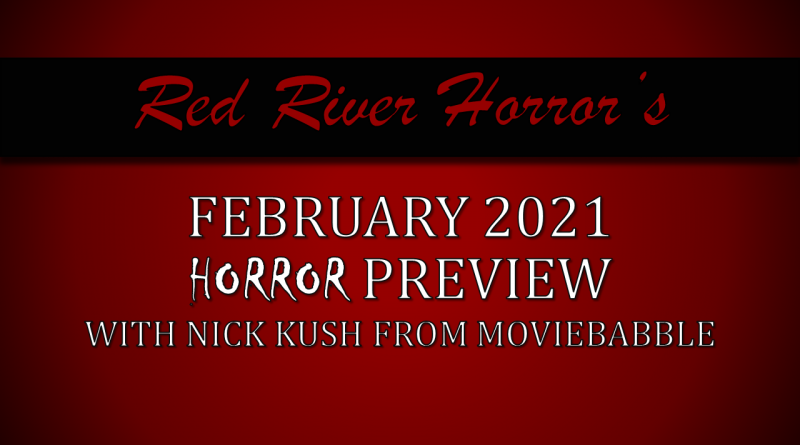 Because we’re in the middle of a 14-month Oscars period, February is the new December. The new Oscars eligibility deadline is February 28th, which means dozens of awards hopefuls are dropping this month in theaters and various streaming services. It’s a big shift from the norm; normally, other than the obvious COVID-related reasons as to why February is a little different this year, Blumhouse dominates the horror conversation by releasing a marquee horror property. Last year, it was The Invisible Man; in 2019, it was Happy Death Day 2U; in 2017, it was Get Out.

February 2021 still has its own Blumhouse film, The Vigil, but it will be distributed through IFC Midnight in a hybrid release rather than Blumhouse’s usual pairing with Universal Pictures. Don’t expect that film to have the same effect on film conversation at large, even if it could still be an indie hit.

Instead, the focus shifts to A24 in our February 2021 horror preview, which is finally releasing a highly anticipated horror film:

Following its very limited theatrical run which started at the end of January, A24’s Saint Maud will finally land on streaming in the middle of this month. In it, a nurse (Morfydd Clark) fails to save the life of her patient, even after attempting CPR. Distraught, the nurse becomes a devout Catholic and takes it upon herself to save the soul of her new atheist patient Amanda (played by the great Jennifer Ehle).

The psychological horror film was originally slated for April 10th last year, before getting pushed back to July 17th, and then later taken off the release schedule altogether. Early reviews have been very positive for Saint Maud, so let’s hope it was worth the wait!

After its limited theatrical run, Saint Maud will be available on VOD and Epix on February 12th.

Nic Cage movies are a dime a dozen these days. He’s been in a lot of movies over the last few years. It can be a little treacherous diving into a Cage movie; there’s a good chance it’s straight to VOD schlock. But, every so often, he’s paired with a director who has the right vision in mind to match his signature freakouts.

I have my trepidations about Cage’s latest, Willy’s Wonderland, in which a janitor (played by Cage) has to fight off a wave of demonic animatronics at an abandoned family entertainment center. That logline sounds pretty amazing (who doesn’t want to see Nic Cage destroy a few evil puppets?) and could lead to some gif-able moments of Cage acting like a lunatic, but the creative team surrounding him leaves a little to be desired.

My advice is to tread lightly!

Willy’s Wonderland will available on in limited theaters and VOD on February 12th.

Don’t be fooled by my comments about The Vigil in the introduction of this article, this indie flick could very well be the surprise of the month. Directed by Keith Thomas, The Vigil opened to very positive reviews at the 2019 Toronto International Film Festival and has slowly rolled out around the world since.

Taking place over the course of one night in an Orthodox Jewish neighborhood in Brooklyn, the film plays off the duties of a “shomer”, a ritualistic practice of looking over a dead body for a night before it’s buried.

This is a horror movie, so of course, things go very, very wrong. Lead character Yakov (Dave Davis) soon realizes the corpse he’s tasked with overseeing is possessed, leading to a night of mayhem and terror.

The Vigil will be available in both theaters and on VOD on February 26th.