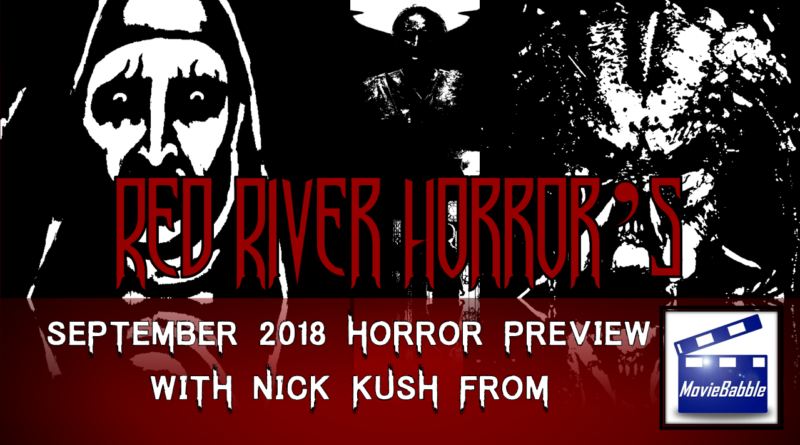 Fall is coming, which means that Halloween is right around the corner! But to hold us over until the peak of the horror season next month, we have a surprising amount high-profile horror movies to whet our appetite. It appears that after the success of IT at the beginning of September last year that studios are starting to realize that they can make a ton of money in the month of September by getting a head start on the competition with their horror slate — this is a copycat industry after all!

Here’s a rundown of what to expect in the world of horror in September:

I give The Nun serious credit for appearing to double down on its jump scares. These tactics are so clichéd at this point, but I kind of admire a movie — at least from its marketing material — that says, “f*** it, LOOK AT THE CREEPY NUN!!!!” *Cue a creepy nun flashing into view.*

Seriously, an advertisement for the film was banned on YouTube because of its excessively “jumpy” nature. It might make for a terrible final product, but hey, I admire the effort, WB marketing team!

I would’ve been completely against another Predator movie if it wasn’t for one detail: Shane Black.

The director of such films as The Nice Guys, Kiss Kiss Bang Bang, and even Iron Man 3 is one of the most under-appreciated talents that we have in Hollywood at the moment. He knows the Predator franchise, and he’s going to add his signature snappy dialogue to The Predator while offering a wink to the audience. He knows that Predator is hilariously macho, and with actors like Keegan-Michael Key shouting gratuitous one-liners over and over again, it appears that he has a strong sense for this movie’s tone, even if the trailers have been met with somewhat of a lukewarm response.

Conversely, here’s a possible indie gem for you…starring Nic Cage no less! Essentially, Mandy finds Cage’s character as he’s taken captive by a radical sadist, and he has to kill everyone in his path to find freedom. Need I say more? Alright I will: the movie currently has a 97% Rotten Tomatoes score!

The House With a Clock in its Walls definitely skews towards younger audiences with its PG-rating and Goosebumps feel. But with Amblin involved in the production and shlock/horror director Eli Roth behind the camera, you’re sure to get some oddly dark magic in there somewhere.

As the title suggests, there’s a clock in the walls of a magical mansion. The problem is that pure doom and destruction could cascade over the lands if the clock stops ringing its bells. Owned by Jack Black’s character (who is also a warlock), the mansion is home to countless creepy life forms that are sure to put you in the Halloween spirit a little early!