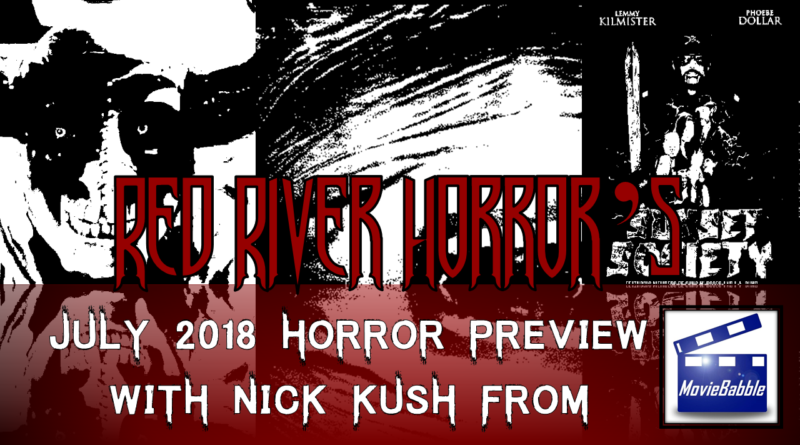 Well, we’re already more than halfway through 2018.  Can you believe it?  Pretty soon, we’ll be taking a look back at the entire year and recapping some of our favorite films.  But in the meantime, with the summer movie season in full swing, there are plenty of top-notch films in theaters at the moment…and some of those just happened to be a part of the ever-alluring thriller/horror genre.

Here are some films that are sure to thrill in one way or another during the month of July:

On our nation’s day of independence, you’ll be able to see the FOURTH Purge movie in theaters.  Remember when 2013’s The Purge failed to live up to its seductive premise?  Me too, and I’m still shocked that people continue to flock to theater in droves to see more Purge movies.  I guess you can chalk it up to the Blumhouse model of producing films on a minuscule budget.  Jason Blum, you’re a smart man.

In The First Purge, you’ll see exactly what the title alludes to.  In an attempt by the government to reduce crime, they resort to a psychological test where all crime is legal for an extended period.  However, upon seeing that “purge turn-out” is less than ideal, officials send in ex-military soldiers disguised as citizens to strike down some serious pain on a group of citizens.  It’s bound to be bloody, overly-serious, and overstuffed with obvious political remarks — just like the first three Purge movies!

This film might be off the beaten path for some, but Sunset Society is a wild film that deserves your attention purely on its behind-the-scenes construction and premise.

Starring Lemmy Kilmister, Steve-O, Ron Jeremy, L.A. Guns’ Tracii Guns, and Guns N’ Roses’ Dizzy Reed — Sunset Society is a wild ride where there is no shortage of blood.  When Ace (Kilmister), the head vampire of a secret organization, learns of a few humans that want to spill his secrets and expose he and his fellow vampires, Ace looks to keep them quiet by any means necessary.

The film even includes music from Lemmy Kilmister, Stephen Pearcy (Ratt), Jurgen Engler (Die Krupps), Jyrki 69 (69 Eyes), Thor, Electric Hellfire Club and many more.  Expect a hell-raising, metal-blaring movie that acts as an ode to genre films of the past.

Unfriended: Dark Web is the unnecessary sequel to 2014’s Unfriended.   In this case, I say “unnecessary” because I’m not so sure that anyone really asked for a sequel to this film.  BUT, it appears to have a nice twist on the film that came before it.  One person in a group of friends stumbles upon a used computer at his job that he decides to take for his own use.  As he starts to use the computer, he finds that it has serious ties to the dark web, a place where anything, no matter how gruesome or horrible, is within reach.

Before the computer is returned, its rightful owner somehow thrusts himself into the FaceTime chat session of the group, picking them off one by one with escalating threats in order to get the computer back.

From the trailer, Dark Web looks unbelievably sinister and grisly.  We even see images of human trafficking on the darker corners of the internet in combination with some bloody kills.  This one will most likely be a favorite among hardcore horror lovers!