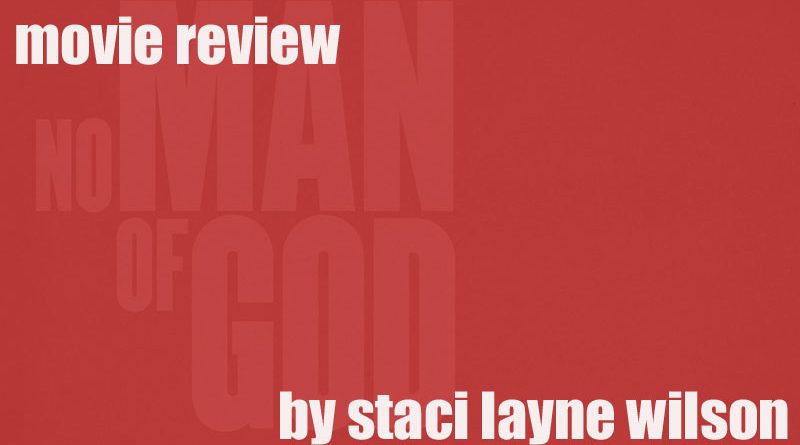 The first scripted Bundy movie to make an impact was made for television, and it was based on Ann Rule’s bestselling memoir, The Stranger Beside Me. Mark Harmon, who was red-hot in 1995, played the charismatic killer to perfection. It didn’t seem his performance could be topped, but Zac Efron definitely brought his A-game in the controversial 2019 dark comedy, Extremely Wicked, Shockingly Evil and Vile. And now we have Luke Kirby as an older and wilier Bundy in No Man of God—here, the serial slayer is at the end of the proverbial line, pulling out all the stops in hopes of delaying his impending execution courtesy of the State of Florida and Old Sparky. Longtime confidant and FBI profiler Special Agent Bill Hagmaier (Elijah Wood) tries to help—mainly because Bundy offers to confess to more killings, thereby offering answers and closure—but it’s all for naught and on January 24, 1989, the convict is fried.

While lovers of horror often enjoy true crime tales, genre fans should know that No Man of God is a talky chamber piece, taking place mostly in one uninteresting, bland interrogation room. To the filmmakers’ credit, the dialogue is presented through interesting camera angles, lively editing techniques, and is set to 80s-like synth music. Even so, No Man of God is not nearly as gripping as its closest counterpart, Netflix’s Mindhunter (a period-series about FBI profilers going head-to-head with several serial killers). It does offer a different, somewhat surprising slice though, as it doesn’t cover his youth or his active years at all; this is all been-there-done-that Bundy.

I’ve seen a lot of actual footage of Bundy from this time period, and I must say Kirby nails his mannerisms and way of speaking. Wood is always watchable, and this is no exception—however, the script makes Hagmaier rather unlikable, as he seems to fantasize or/and imagine himself as a potential stalker or killer. Since No Man of God is produced by Hagmaier himself, maybe that’s accurate but it really didn’t work for me in terms of the narrative. On the other hand, much of the dialogue between the two men is drawn from actual interview transcripts, which may not be cinematic but it is potent in its own way.

Director Amber Sealey interweaves actual footage from the 70s and 80s, as well as newsreels showing the bloodthirsty crowds that gathered to cheer the execution, giving No Man of God a chilling docudrama vibe as well as highlighting the hypocrisy of those who applaud the death penalty. There’s also an intriguing segue showing Bundy’s very last filmed interview—one day before his death—by fundamentalist Christian psychologist James Dobson (Christian Clemenson), in which Bundy blamed all of his crimes on pornography. As the New York Times reported at the time, “In his last interview, Mr. Bundy tried to manipulate guilt away from himself and onto society as a whole.” During this scene in the film, Sealy chooses to have Bundy recount with graphic detail his method of murder off-screen, while focusing on the face of a young female production assistant as she clearly feels a part of her innocence die—it’s a powerful, uncomfortable moment.

While No Man of God is far from being my favorite Bundy film and nothing new is learned about the celebrity serial slayer, it is a well-made and well-acted film that’s presented from a less-explored angle. It offers a more subdued, unglamorized glimpse into the heart of darkness, so if that interests you, No Man of God is worth a look.