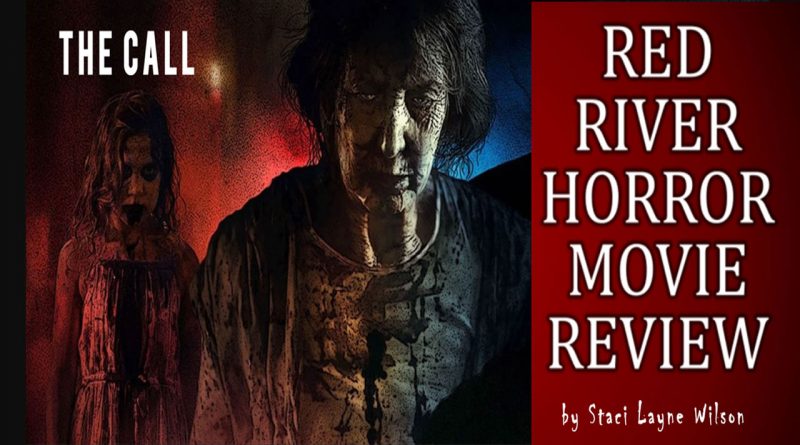 Who you gonna call? Not ghostbusters, but an actual ghost—the recently suicided Edith Cranston (Lin Shaye, Insidious) is out for vengeance via long-distance phone lines straight from her new home in hell. The calls are going collect—collecting souls, that is! Okay, okay, enough with the cheesy jokes. As a matter of fact, one of the most refreshing things about The Call is that there’s no goofy comic relief, and even though it’s set in the late 1980s there’s little to make it overly obvious.

The Call takes place a few years after the disappearance of a young child who was in the care of Mrs. Cranston—the whole town, and especially the girl’s elder sister, Tonya (Erin Sanders, Six Degrees of Separation), blame the daycare worker for the tragedy. Edith loses her license and becomes a witch (as one does). Her doting husband, Edward (Tobin Bell, Saw), backs her 100% and does what he can to shield her from the unfounded accusations. But he’s not around when Tonya brings three of her friends from high school around to torment and bully Edith one dark, fateful night. Brothers Brett (Sloane Morgan Siegel) and Zack (Mike Manning) are down for the fun, but the new kid in town, Chris (Chester Rushing) is just along for the ride, not familiar with Edith’s reputation and not knowing what’s in store. The harassment drives Edith to suicide, but she has a plan for revenge from beyond the grave.

While Jeffrey Reddick (Final Destination) is only one of many producers, The Call definitely has the feel of his body of work, most of which explores karma and consequences. This is Reddick’s second collaboration with director Timothy Woodward Jr.—the pair worked together closely on another Lin Shaye starrer, 2018’s The Final Wish. DP Pablo Diez and composer Samuel Joseph Smythe also worked on both films—clearly these guys (and lady) make a great team!

I enjoyed The Call from start to finish. It starts out introducing the four friends whose fates become intertwined with Edith’s, then sets up the scares at a creepy carnival in the dark of night. The bright, 80s grained colors of the Ferris wheel, the carousel, and the various attractions make for striking visuals and the retro music sounds spot on. The set used for the Cranston’s house is atmospheric as can be, beautifully decorated as if by the lovechild of Stephen King and a Salem witch. Diez’s cinematography is often breathtaking, especially when he explores an ominous rain-soaked night in one of the character’s haunting flashbacks. He also does a great job with lighting Shaye and Bell as the genre icons they are. Clearly, a lot of care went into the making of The Call.

Having said that, the dialogue is pretty standard-issue, and the story is a variation on a theme we’ve all seen many times. Fortunately, the acting caliber elevates these shortcomings quite a bit—Shaye and Bell are, of course, old pros, but neither of them ever “phones it in.” (Sorry, I couldn’t resist). The younger actors are lesser-known, but no less impressive. As I mentioned, The Call doesn’t have any quippy one-liners or winks at the camera. In fact, these folks all have to go through the emotional wringer and they bring their A games. What’s more, there are even a couple of genuinely surprising and shocking jump scares!

After you watch The Call, be sure to seek out Reddick’s directorial debut, Don’t Look Back (October 16). In that film, we meet Caitlin Kramer (Kourtney Bell; no relation to Tobin), a kindhearted young woman who is dealing with her own a tragic past, when she and several other people see a man being fatally assaulted in broad daylight in a public park. Frozen either with fear or apathy, nobody does anything. When the witnesses start dying mysteriously, it’s up to Caitlin to figure out if they’re being targeted by a killer or the vengeful ghost of the murdered man. Don’t Look Back is another great feather in Reddick’s cap, and Bell portrays one of the strongest, smartest final girls seen onscreen of late.