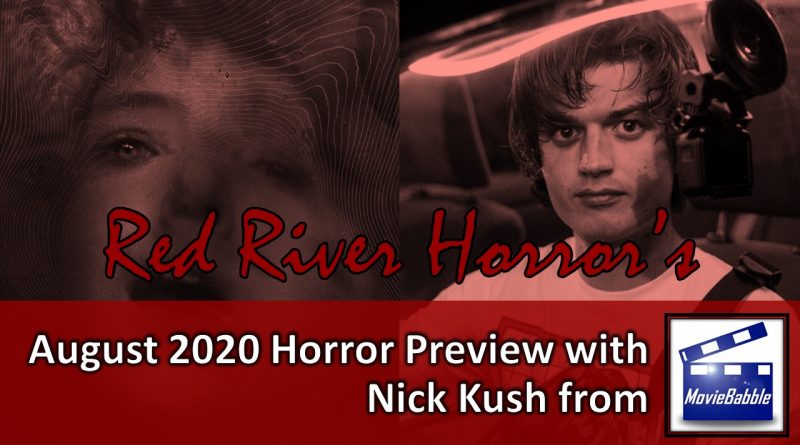 We struck out in July with a few films pushing their releases in the wake of the spike in COVID-19 cases around the country. Now as we enter month six of quarantine (honestly, what is life anymore?), we’re probably headed towards the same song and dance in August, with potentially interesting movies slated for release at the time of writing most likely getting pushed once again.

Antebellum and The New Mutants jumped off the page as two of the biggest possible releases of the month just a few days ago…until Lionsgate delayed Antebellum once again and declined to set a new date. And after years of delays, setbacks, reshoots, and a general feeling of “what the hell is going on here?”, I won’t believe The New Mutants actually exists until I’m watching a screen (of any kind) and see the title card pop up. Unhinged, the possibly hilarious Russell Crowe road-rage movie, which just shifted from its July 31st date, also doesn’t seem keen on sticking to its August 21st launch.

Luckily, there are a few fascinating horror movies that should (fingers crossed) stick to their release dates, so let’s break them down in the August 2020 horror preview:

Amy Seimetz’s sophomore feature film, She Dies Tomorrow, seems to be tapping into the existential fear many are experiencing right now wherein women begin to feel an overwhelming sense that they are going to die the following the day, without much of an explanation for why that might be the case. The sensation moves from one person to the next like a virus, infecting their every move with a crippling fear that borders on farce at times.

It’s worth noting while She Dies Tomorrow has a premise that could lend to over-the-top horror theatrics, it appears far more subdued and cerebral, focusing on one’s internal state rather than an outrageous display of hysteria. I’m very excited to see what this movie may have in store, although your mileage may vary.

We’re beginning to see the cast of Stranger Things break off and try some new things with their careers, which I personally find exciting — we will almost definitely look back at the show in twenty years and marvel at all the wonderful talent that came from the series.

But will the Joe Keery-led Spree leave a mark on the moviegoing culture? It’s hard to say, but it does seem like Keery is having the time of his life as a fame-obsessed rideshare driver who livestreams all of his rides and, consequently, his murders. Keery’s Kurt is hellbent on creating a “brand”, saying, “if you don’t document yourself, you don’t exist,” with a devilish grin. A selection of this year’s Sundance Film Festival (in the before times), Spree is clearly going after influencer culture, updating the ideas of movies like American Psycho for 2020 with gleeful abandon.

Between Life, The Predator, and countless other recent sci-fi horror films, we haven’t exactly seen a true winner in the last few years, which is pretty disappointing for me, a major sucker for a well-crafted space horror movie. Luckily, Sputnik has all the makings to fix this rut.

Controversial doctor Tatyana is called to a covert research facility to aid a cosmonaut with a bizarre condition: there’s something living inside of him that only reveals itself at night. The cosmonaut also isn’t aware that something is living in his body, and often questions why the military is keeping him quarantined in the compound. Tatyana quickly gets the sense the Russian military wishes to use the cosmonaut and whatever is inside him for their own benefit, which further destabilizes the situation until everything (naturally) turns into monster madness.

Consider me also a sucker for a thriller in a confined space. Centigrade is just that, following a couple, Matthew and Naomi, who wakes up trapped in their car under feet of snow and ice after pulling over during a snowstorm. Even worse, Naomi is eight months pregnant. (Why you would ever take your very pregnant wife through the arctic mountains of Norway is beyond me, but whatever, the movie’s got to increase its stakes somehow, I suppose.)

As to be expected with this kind of movie, Matthew and Naomi begin to turn on each other as the temperatures continue to drop, and their fight for survival becomes even more perilous.