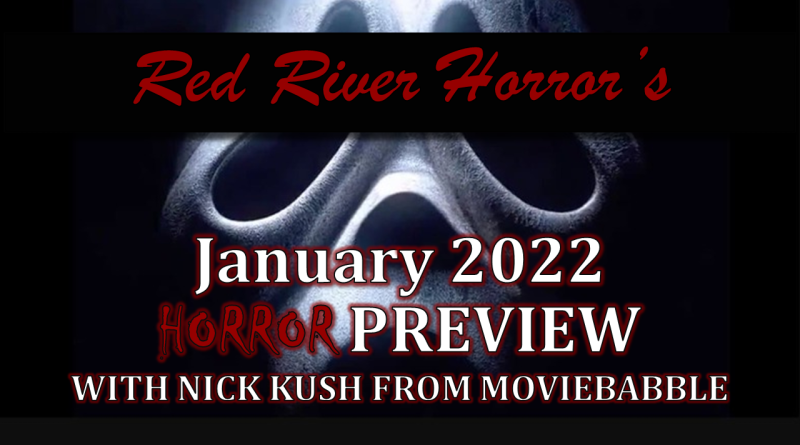 New year, same as the old year. As the Omicron variant causes yet another COVID spike around the country, the film industry once again feels like its in yet another fairly precarious spot. Sony pushed Morbius back to April amid pandemic concerns, and there is a growing feeling that many more high-profile films due out in the first quarter of the year may soon follow suit.

Naturally, this is all fluid, so in the meantime, let’s take a look at what horror films are (hopefully) coming our way this month:

The next film in ever-growing line of impaired horror-thrillers is See For Me. A blind woman named Sophie is house-sitting at a secluded mansion. Early on, she accidentally locks herself out of the house, but uses a nifty new app called (you guessed it) See For Me, which connects vision impaired individuals to a dispatch volunteer named Kelly that sees for her to help her back inside.

The app becomes even more helpful when thieves break into the house looking for a hidden safe. Kelly must help Sophie navigate the house and escape the thieves to survive the night.

See For Me will be available in theaters and on VOD on January 7th.

Scream, or Scream 5, is the first film in the franchise not to be directed by Wes Craven. But there is cause for hope here — it’s directed by the Radio Silence (Matt Bettinelli-Olpan and Tyler Gillett), the crew behind the deliriously entertaining Ready or Not.

Still…something seems off here. An early January release is never a good sign. The trailer is a bit bland — could the end result be something similar to 2020’s The Grudge, which took a similarly interesting filmmaker (Nicolas Pesce) and drowned him in a limp retread? Or, is there something more here than the clips we’ve seen lead on? After all, Scream is often touted as one of the most subversive horror franchises we have.

…I honestly have no idea. I’m heading in with caution.

Scream will be available in theaters on January 14th.

Critics reacted positively to The Last Thing Mary Saw at last fall’s Fantasia Film Festival. The fragmented, slow-burn period piece follows Mary played by Stefanie Scott who is questioned about the mysterious death of her grandmother. Knowing Shudder’s ability to curate fantastic, niche horror content, this might just be a little gem to start the year.

The Last Thing Mary Saw will be available on Shudder on January 20th.

Boris Karloff: The Man Behind the Monster – January 27th (Shudder)