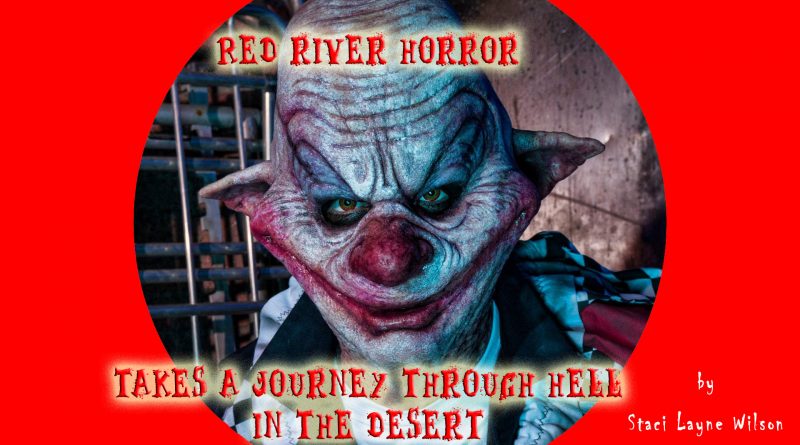 If you believe some of the employees and guests of the Las Vegas Hilton, Elvis has definitely not left the building! The King of Rock N Roll performed at the LVH (originally the International Hotel) for seven straight years and became a local legend during that time. Many have reported seeing the ghost of Elvis hanging around the showroom, as it awaiting his cue. Add to that the countless mob hit victims, tragic hotel fires, and heartbroken suicides—Las Vegas is one of the most haunted cities on earth.

So it’s only fitting that spending Halloween season in Sin City guarantees tons of fun and countless attractions for fans of true crime and horror. One of the best is The Official SAW Escape Room—and we can attest to that, since we sampled it for ourselves!

The attraction, which has been ranked as the #1 escape room in the nation by USA Today, features 13 intricately themed rooms, seven of which allow guests to match their wit with the notorious Jigsaw in order to escape the puzzles before he does. Yes, you can actually hear Tobin Bell’s ominous, deep voice coming through the speakers as the clock ticks down, just like in the movies!

“We are one of the largest, immersive escape experiences in the world and it’s truly an exciting experience from the moment you step on the property,” says the show’s producer and head haunter Jason Egan. “Instead of just escaping one or two small rooms, fans have the chance to navigate through an entire facility that makes them feel as though they have become a part of a SAW film.”

That was one of the things that impressed me most. Previous escape rooms that I’ve experienced have two rooms, maybe three. With SAW, you sure get your money’s worth during the hour-long, labyrinthine puzzle of connecting rooms, many of which feature familiar props (pig’s heads, gear-grinding machinery, Billy on his bike) and rooms recreated right down to the finite detail (my favorite was the public bathroom from the very first Saw movie). It’s also cool that you’re accompanied by a guide who can give you hints if you’re stuck—hey, these escape rooms are tough! It’s dark, smoky, and stuffy (so if you’re sensitive, beware), which adds to the sensory experience which also incudes sound effects and the occasional (socially-distanced) scare actor.

Nevada’s The SAW Official Escape Room has been around for a while, but it’s gotten a complete makeover, with all new scares and puzzles delivered within strict COVID-19 protocols.

The same protocols go for Egan’s brand-new attraction, The Fright Ride. It’s like a haunted maze, but you are driven through this one on a research transport vehicle (okay, it’s a golf cart) to ensure your safety and social distancing.

Fright Ride is now Las Vegas’s largest immersive haunted attraction—there’s 75,000 feet full of nightmare fuel! The theme is Dr. Craven’s top-secret research lab, and you are one of the hapless test-subjects.

When you begin your journey, you are accompanied by a nurse who checks you in with hospital admission paperwork (releases, really), then you meet up with Dr. Craven who goes over the rules with you—she makes Nurse Ratched look like Florence Nightengalw! Then you are shown your transport vehicle, and the scares start.

While the cart ride is a bit too slow, it does give one ample time to look at all the craftsmanship and thought that went into creating this monstrous maze. While there are not as many scare actors as you’d expect to find in a more traditional walk-through experience, there are some very impressive animatronics and gory set-pieces. There’s a Purge-like section, a slaughter house, a mad scientist’s lab, and of course… creepy clowns. We mean: really creepy! They don’t pull any punches here.

Both attractions are only a block apart, take about an hour each, and range in price from as low as $25 up to $90 depending on how VIP you’re feeling.