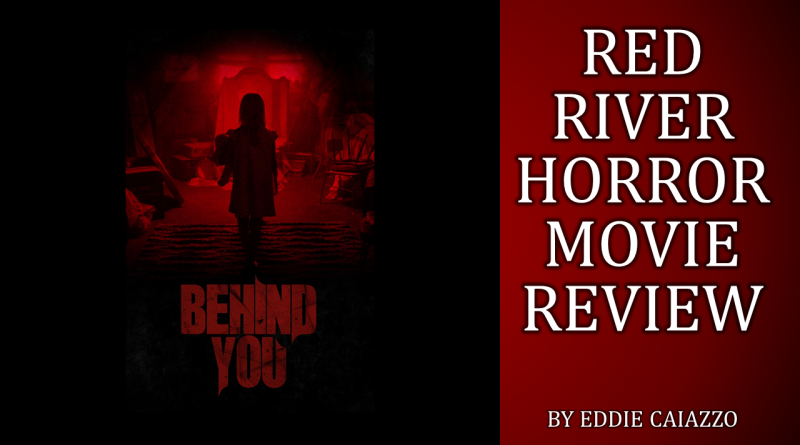 Unfortunately for two young sisters Claire and Olivia, tragedy is a common member of their family. After their mom passes away, they are brought to live in their aunt’s creepy mansion in suburban Utah. At first it seems like there’s an awkward tension between the children, their aunt Beth and her friend Charles. There are no warm and fuzzy feelings emitted by aunt Beth toward the girls, and no indication as to why.

As the sisters begin to explore the house, they notice the mirrors are all covered up and there are very few rooms inside they’re physically allowed to go into. The leading young lady Olivia, played by Addy Miller (The Walking Dead), is the first to notice a glint in one of the mirrors. She peels back the obstruction to reveal a nefarious scene unfold behind her.

It’s Claire, played by Elizabeth Birkner (CW’s The Outpost), that actually gets summoned to recite lines in front of the mirror. She believes this will bring her deceased mother back. But…saying words in front of a mirror is never a good idea in a horror flick. Unknowingly, Claire unleashes a demon into the already unhappy home.

Before the carnage can really begin, the girls find out their aunt Beth (Jan Broberg – Everwood, Abducted in Plain Sight) herself has a dark past. And, Aunt Beth’s creepy live-in friend Charles (Philip Brodie – Dream Team) might also be hiding something.

When the first act concludes, BEHIND YOU uses the rest of its 86-minutes making you decide which of the characters are actually evil. The plan is ultimately for the demon unleashed by Claire to break out of the house and into the world beyond. This causes a host of twists throughout the story that make the viewer question who they’re rooting for.

Visually, BEHIND YOU fills the frame with dark camera shots and enjoyable practical effects that impress. The dark red lighting of some interior scenes feels authentic and not artificial, and the house’s interior is appropriately designed. When you see the neighborhood surrounding the house, you don’t think there’s any way the inside could offer a scary setting. But, first impressions aren’t always what they seem, right?

Addy Miller and Elizabeth Birkner are a strong pairing as sisters Olivia and Claire. Jan Broberg plays the creepy aunt well enough, while Philip Brodie completes the foursome as best he can. The only problem is that the team doesn’t perform that great as an ensemble. In the third act, there are definitely some cardboard moments of dialogue. These unnatural exchanges can take you out of the environment the film has worked so hard to build. These moments in total do not ruin the whole picture, it just can get a bit awkward.

People usually do not watch horror films for the characters and dialogue, though. The effort by Andrew Mecham and Matthew Whedon to create the proper atmosphere behind the camera as co-directors does not go unnoticed. BEHIND YOU ultimately has the right visuals, tone and setting that warrants a watch for horror fans currently in quarantine.

BEHIND YOU is available VOD, on Amazon and Apple