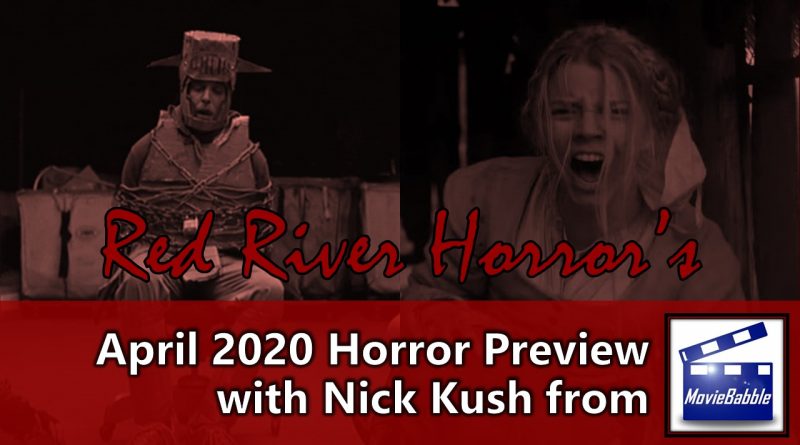 Saying the last few weeks have been strange is the understatement of the year. Among many, far more pressing issues around the globe, all theater chains have essentially shut down for the foreseeable future, and the release slate is virtually wiped clean of any high-profile movies until the summer. In April, there is only one horror film of note coming to VOD: The Other Lamb, which follows a young woman born into a cult who begins to question the leader. Other than that, we’re all on our own for our horror fix. Not even the VOD and DVD releases of the month provide much of a reprieve:

Luckily, we have this thing called “Netflix”. Maybe you’ve heard of it.

For this month’s preview, I’m sharing 30 horror/thriller recommendations that you can watch on Netflix — one for every day of the month as you stay indoors and social distance. Whether you’ve seen these films or not, now’s the time to work through some of the best (and hilariously terrible in some cases) Netflix has to offer in the genre:

Friend Request – Watch this one for the unintentional comedy in lines such as “unfriend that bitch!” MovieBabble Review

The Ritual – It teases you until its final act, but the payoff is certainly worth it. MovieBabble Review

Circle – Stands alongside Cube as one of the better close quarters movies.

It Comes at Night – Intensely frustrating to watch, but that’s exactly the point. MovieBabble Review

The Bye Bye Man – One of the best unintentional comedies of the last five years. MovieBabble Review

Enemy – Thank you, Denis Villeneuve, for making me feel overwhelmingly disturbed and gross.

The Gift – I’ll say nothing about this movie. Just watch it, and thank me later.

The Occupant – A great Spanish thriller that doubles as a discussion on masculine tendencies. MovieBabble Review

Blue Ruin – Another great Jeremy Saulnier movie, and one of the best thrillers of the 2010s.

Under the Skin – Maybe it’s not a horror movie, but it sure grosses me out. (Any chance to recommend this iconic movie is worth bending the rules.)

The Invitation – A slow burn with one of the better endings of the 2010s.

Sweet Virginia – Anything Christopher Abbott does as an actor should be studied.

The Endless – A fascinatingly odd, low-budget movie about a cult and time distortion.

Apostle – Dan Stevens fighting a cult is enough for me. MovieBabble Review

I am the Pretty Thing that Lives in the House – Another Oz Perkins mood piece.

The Autopsy of Jane Doe – It just gets creepier and creepier by the second.

The Witch – Now’s your chance to finally watch one of the best horror movies of the 2010s!

The Perfection – It thinks it’s far more clever than it actually is, but this is one wild ride. MovieBabble Review

Gerald’s Game – Carla Gugino sure knows how to hold my attention while strapped to a bed for almost 90 minutes.

The Platform – A movie I’m not crazy about, but is worth a viewing for its strong WTF factor. MovieBabble Review