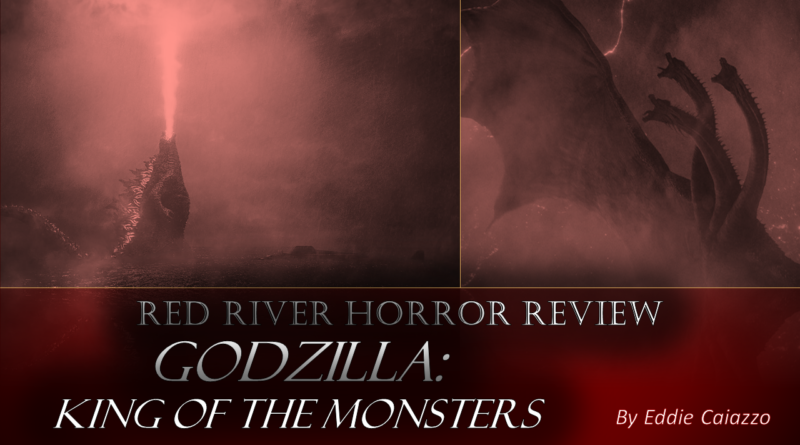 Godzilla (2014) was a great film.  Kong: Skull Island was a good film.  Godzilla: King of the Monsters?  Well…it was an OK film.  At least comparatively speaking.

When the trailer for the 2014 Godzilla dropped, viewers had to look very closely to catch a glimpse of the scaly-backed, atomic-breathing creature-feature legend.  This restraint by director Gareth Edwards made its way to the final cut of the film, allowing the 2014 Godzilla to be a cinematic journey with real emotional weight, as opposed to a huge superhero-style CGI showdown.  The idea of two (or three) titan monsters fighting each other in downtown San Francisco could be a really goofy affair.  Thankfully, there was nothing goofy about it.

Godzilla (2014) opened the door for Warner Brothers and Legendary to create a “Monsterverse”, and in 2017, it was King Kong’s turn to go ape on-screen.  Pun intended.  A-List actors went to Skull Island, the home of King Kong, in a film set in the early 1970s with a heavy hand on the Vietnam War-era style.

Kong whoops some serious behind, and like film one in the Monsterverse, there’s some emotional weight to the whole affair.  Yes, large CGI monsters are fighting.  But no, it’s still not as goofy as we would come to expect.  The filmmakers are still able to make us care a great deal about the human characters.

Godzilla: King of the Monsters puts an end to seeing the monsters on an “as-needed” basis and goes straight for the CGI monster battle royale.  Vera Farmiga, Millie Bobby Brown and Kyle Chandler are in the film.  Do we care?  Not really, even though the promotional scenes and stills of these great actors in King of the Monsters were fantastic.  I thought I would care a lot about them when I saw the trailer.  As Monsters chugged on through its outrageous 132-minute runtime, however, I was rooting for these people to get squashed in the titan melee that was taking place around them.

Dr. Emma Russell (Farmiga) is a Paleobiologist for Monarch, a secretive crypto-zoological organization that knew about the titans when the rest of the world did not.  She creates a device called the “ORCA,” which allows her to communicate with the titans.  Emma and her now ex-husband Mark (Chandler) lost their son Andrew during the battle of 2014 between Godzilla and the MUTO, leaving their daughter Madison (Bobby Brown) to live with her mom as the world began healing from the devastation.

Five years later, Emma and Madison are kidnapped by eco-terrorist Jonah Alan (Charles Dance), who seeks to use the ORCA to wake up the titans and restore the earth to its untainted state.  Unfortunately, after the ORCA is used successfully on the benevolent Mothra, Alan’s first stop on the titan wake up tour is to Antarctica to free the sinister Monster Zero, better known as King Ghidorah.

If you are familiar with Godzilla films, Ghidorah is considered Godzilla’s number one nemesis.  He is a dragon-like creature with three heads that emits lightning on command.  He’s also not from planet Earth like the other titans and, in King of the Monsters, sets out to wake up the remaining sleeping giants and control them.

Humanity’s only hope against Ghidorah is Godzilla, the king of the monsters, and Mothra, the queen.

A monster mash of monumental proportions takes place throughout the rest of the film, and the CGI monsters are masterfully portrayed on-screen.  Director Michael Dougherty does an outstanding job delivering the kaiju battles fans were so desperately seeking five years ago.  Even Rodan got in on the action.  Michael Bay would be proud.

Unfortunately, the human story was utterly useless.  The actors did their best with Michael Dougherty and Zach Shields’ screenplay, but I still found the story and dialogue to be quite ridiculous.  And I wasn’t alone.  One moviegoer walked out after the third absurd 90s-style one-liner from Bradley Whitford’s character.  He has quite a few zingers that are nowhere close to John C. Reilly’s wit in Kong: Skull Island.  Ken Watanabe returns as Dr. Serizawa from Monarch, and thankfully he is given much more to do this time around.

But this Godzilla film is all about monsters fighting each other, and fans of the King will love every minute of it.  The beautiful colors that graced the screen when each monster appeared was mesmerizing at times.  Especially the blue that dominated the frame when Mothra arose.  King Ghidorah stood taller than all other monsters and proved to be a threat much greater than anyone could have imagined, including the title character.  Rodan appears to literally be on fire, and although he gets slapped around a bit, his fans will rejoice he’s been included in the future of this franchise.

Save for the ridiculous story and unnecessary humans, Godzilla: King of the Monsters is an audible and visual spectacle.  For those who complained about the lack of Godzilla in 2014, fear not.  This film was made for you.