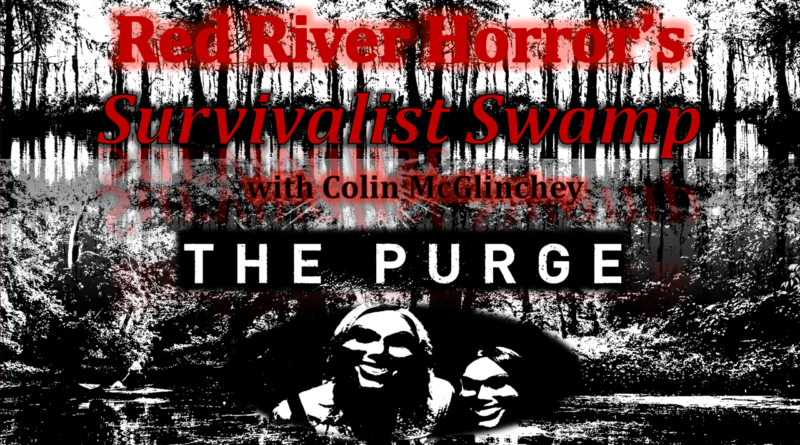 You’re sitting around the house one night after work. One minute, you’re waiting for Jeopardy to begin, the next a siren sounds and for the next 12 hours your life will be in actual jeopardy. It’s time for the Purge, an annual ritual during which all crime, including murder, vandalism and even online piracy, is totally legal.

To date there have been four movies and a television show documenting the survival tactics and the politics of this bleak vision of America’s future. Unlike some of those who take to the streets on Purge night, the franchise’s dogma is unmasked. It’s an unapologetic, sensationalized send up of the American political right. Thinking of Purge night solely as a fantasy of, or radical misrepresentation of, this one specific group however is missing out on a chunk of the original film’s message. If our hope is to survive Purge night, then we darn well better make sure we understand Purge night.

In that movie, Ethan Hawke’s character is portrayed as a war profiteer. He sells special Purge security systems, making mad money off his neighbors’ fears. He also tells anyone who listens about how much he supports the Purge – yet he doesn’t actually Purge. The rest of his family is far more conflicted or reserved in their support. Hawke’s character is, politically-speaking, the last kid standing up against the wall during recess. For most of the film, he’s all lip service and empty rituals. He relents and takes action eventually but only after he runs out of all other options. Perhaps not surprisingly, Hawke’s is the only character from our main cast in the first film who bites the dust. The Purge, for all its satirical fist-shaking at the right, is also a harsh critique of those whose bluster outstrips their actions.

Keep in mind that, as we prep for Purge night, whatever we talk, we better be willing to walk or else we’re doomed. That’s step one. But you and I? We’re good folks. We’re not looking to kill anyone and we’re not going to pretend like we would if only we felt like it. So, it looks like we’ll be staying inside come Purge night. The question now is: How are we going to make it to morning?

We have some options. We could scrimp and save all year long to buy the most air tight security system on the market. Or, failing that, we could get a hold of the biggest gun we can find. They sound like good ideas, but, as the movies have shown, even the most methodically programmed security system can fail and there’s always a bigger gun. That brings us to our next Purge lesson. If you want to survive Purge night, you better be willing to think outside the box.

Here’s what you do. First, locate all of the thrift stores in your area. You will need to become a loyal patron of these stores all year long. Look for clothes, furniture, electronics, etc. Collect as much as you can from these stores without drawing any unwanted attention your way. If people see you buying twelve armoires, they may remember you come Purge night.

Next, during the run up to the Purge, your goal will be to secretly destroy all of these purchases, scatter them around your house, and hide all your good stuff somewhere. Maybe in a shed. Maybe in an underground bunker like in Terminator 2: Judgment Day.

Then, on Purge night, it’s show time. Throw on a mask, kick down your own front door. Bust out a window or two. Throw a spare television on the lawn. Then? Wait it out inside. The real killers and looters are going to pass right by a house that looks like it’s already been hit. Think about it. On Christmas, Santa stops at your house, drops off some presents, eats a few cookies, and leaves. He doesn’t come back later on. The psychology of your average Purge-r is much the same. If they think you’ve already been Purged, they will leave you alone.

On Post-Purge Day, you wander around in a daze for a bit, profess you have no idea how you survived. After a bit, go get all of your cool unbroken stuff out of the shed or bunker and get on with your life. Admittedly, considering the Purge is an annual event, this solution has a short shelf life. Eventually your neighbors will catch on. Your best bet is to hope America decides to Purge the Purge before next year arrives. Or, you know, just move a lot. Either or.