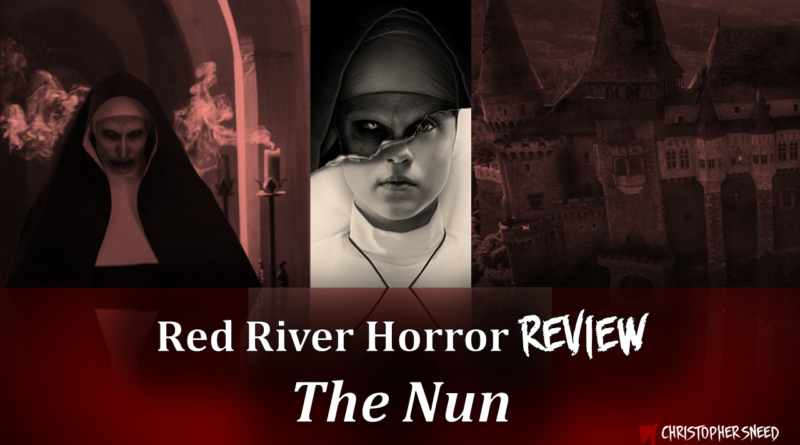 The Nun is a 2018 horror installment of the The Conjuring series, something of a prequel, directed by Corin Hardy. It is the story of a priest investigating a puzzling suicide of a nun in Romania. It stars Demian Bichir as the priest and Taissa Farmiga as an accompanying nun-to-be. Farmiga is best known for her various roles in the American Horror Story series. Both The Conjuring and The Conjuring 2 were directed by James Wan with great reception from audiences and critics alike. Annabelle and Annabelle: Creation were part of the same cinematic universe, directed by Jonn R. Leonetti and David F. Sandberg respectively.

So how did Hardy’s The Nun stack up against its predecessors? Well, audiences were probably praying for something better.

The technical aspect of the movie was not bad, just boring. The scenes felt random as if the writers simply came up with scary scenarios and then tried to tie a story to them. Imagine what it is like to go through a haunted house. Yes, you may jump and scream at moments, but once it is over you really take nothing with you. Things constantly happen that don’t progress the story or provide insight to characters, the fictitious history, or even the plot.

For example, when the lead character, Father Burke is lured to a graveyard and gets somehow trapped in a coffin, the scene goes on for quite some time; the payoff is that he finds a book. Convenient, but hardly worth the rest of the time spent getting to it. There were no memorable cinematic images to leave a mark like the nun coming out of the painting in The Conjuring 2 or the mom covered in a sheet and bound to the chair in The Conjuring.

This leads to the writing. In an effort to stay grim, the dialogue mostly stays so dry that it is hard to invest in the characters or what they are talking about. Solemn does not have to be flat and here, it mostly fell flat. Perhaps different actors could have brought something to the lines, but several of the actors seemed capable. A clearer flaw in the writing comes in the arbitrary moments when a character sees something random that they automatically tie to a major plot point.

It’s a lazy move to get the character to learn something without any logic as to how they came to their conclusion. In simpler terms, a lot of the writing was dumb and lazy. The Conjuring movies had wonderful pacing that built up to a frightening confrontation. The Nun is a slow and clunky collection of scenes that end in a confusing fade out.

The tones of the movie were dreadful in that they would suddenly shift at breakneck speed. At one moment you’re being offered atmosphere (weak as it was)…the next you were having a buddy cop scene with a cliched one-liner. It was off-putting and destroyed any vibe the movie was attempting to create.

The performances were okay, with all the actors attempting to produce something out of nothing. Farmiga was likeable and with better writing/directing, could have been someone we rooted for. Her Sister Irene character was lacking that slight rebellious quality, ala Maria in The Sound of Music. She had hints of that, but it could have been more. Meanwhile, Bichir’s Father Burke was one note. The only spice came from the non-love interest, Frenchie, played by Jonas Bloquet who was something of a comic-relief character. The light-hearted moments were severely weak but given better material Bloquet could have been a scene stealer. Again, it was nothing that matched the casts in The Conjuring movies but gave us far deeper potential than Annabelle Wallis’s (or any) performance in Annabelle.

So, in review, The Nun is not some abomination of a movie. It is a boring string of scenes that attempt to jump scare you into having a good time while trying to give you a mature story that it wasn’t ready to handle. Those involved wanted to live up to The Conjuring but sadly just barely surpassed Annabelle. It was like a teen flick and a gothic suspense thriller had a terrible car crash that left a mangled mess that needed to be prayed over.

Other Reviews by Christopher Sneed for Red River Horror – The X-Files: Cold Cases | The Harvesters (2017)