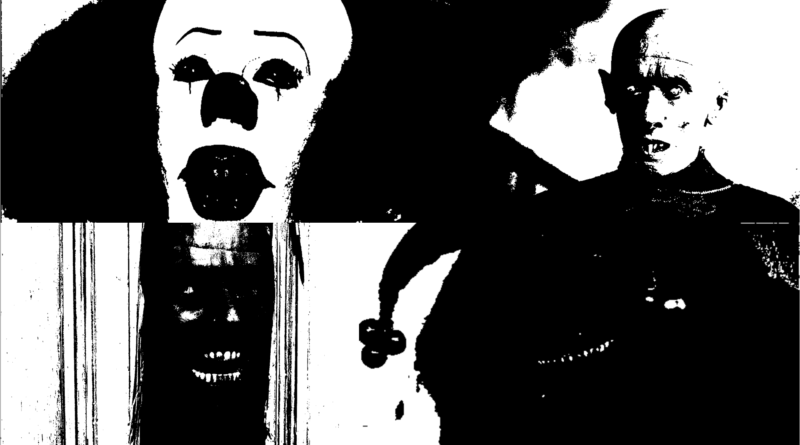 Late last week, Warner Brothers released a must-have Blu-ray pack for horror-movie collectors, King of Horror.  The pack includes four adaptations from the works of Stephen King.  What will you be getting if you decide to purchase the King of Horror Blu-ray pack?

Salem’s Lot: This 1979 CBS mini-series will bring chills down your spine!  The most enjoyable aspect of this made-for-television movie is how it crosses the line between haunted houses and vampires.  You cannot go wrong with this one, directed by the late Tobe Hooper.

The Shining: This 1980 Stanley Kubrick film many of us consider a horror classic.  Certainly, this film being included is more for the fans.  The film’s slow pace locks you in to the insanity that makes Jack a dull boy.  King, on the other hand, does not care for this adaptation of his novel.  In multiple interviews, he has referred to The Shining as being “like this great big gorgeous car with no engine in it.”

Cat’s Eye: This 1985 anthology film features two adaptations of King’s short stories, Quitters Inc. and The Ledge.  Also included is a unique (to this film) story titled General. This is an entertaining watch, all from the perspective of a cat. This adds a nice variety to the Blu-ray pack.

IT: This 1990 ABC mini-series is a MUST for any person collecting Stephen King films.  What is going on in Derry, Maine?  As children, many of us were terrified of Pennywise the Dancing Clown.  As an adult, you take notice of the lackluster special effects…yet still get the feel-good nostalgia.

All in all, King of Horror is a very solid four-pack for collectors.  With a list price of $29.99, fans of physical media are getting a good bang for their buck.  This pack offers great variety, as well as the “must-haves” for collectors just in time for the new theatrical adaptation of IT.