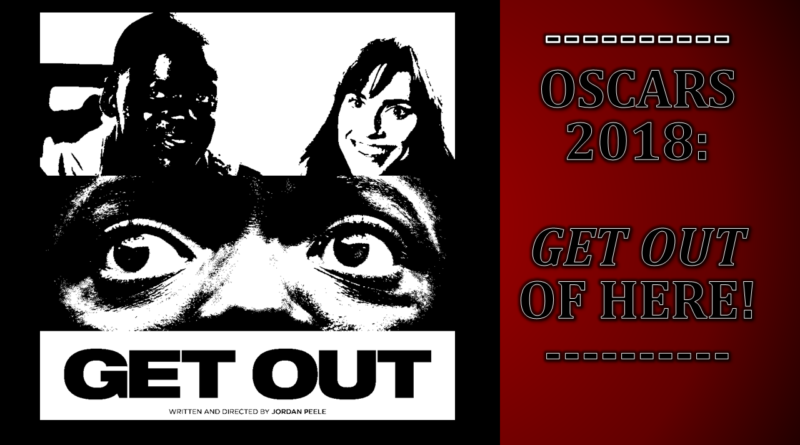 Rosemary’s Baby.  The Exorcist.  The Silence of the Lambs.  These are just some horror films in the history of cinema that were able to win Academy Awards.

When I finally viewed Jordan Peele’s first offering in my favorite genre, I suspected he would not disappoint.  I was correct.  But…did this film deserve the 100% on Rotten Tomatoes it boasted its first few weeks in theaters?  No.  Was it a good horror movie?  Definitely.  Alongside Peele’s great work in comedy, Get Out was a cerebral, re-watchable horror flick, with some new concepts and on-point satire.  It even started an online video challenge!

Fast forward a year, and Jordan Peele tweets: “I just won an Oscar. WTF?!?.”  As it turns out, Mr. Peele took home the Oscar for Best Original Screenplay.

Now, being born and raised by a blue-collar family within the Philadelphia city-limits, I will admit I have never cared for, or even watched an entire broadcast of The Academy Awards.  I love movies, however watching a bunch of rich white people (like disgraced film producer Harvey Weinstein) slap each other on the back, then try and influence me how to feel about current affairs for three-plus hours is not my idea of good programming.  Just look at your favorite Hollywood filmmaker’s Twitter feed, and you’ll discover a smug cloud larger than George Clooney’s speech in South Park.

So sadly, I missed Jordan Peele’s big moment, with a huge Academy win for a true horror film.

That being said, I can’t help but wonder if Academy voters didn’t have #OscarsSoWhite on their minds when determining which screenplay was the best in all the land.  Personally, I thought Get Out had a great screenplay.  Oscar-worthy?  Okay…maybe.

See, a few years back, before males in Hollywood were outed in the #MeToo movement, the #OscarsSoWhite movement called out those that hand out the little gold statues for lacking diversity.  A reasonable charge, considering Ava DuVernay got the famed “snub,” with not even so much as a nomination that year for Best Director for the film Selma.

Then, last year, in a magnificent blunder of epic proportions, Academy Award attendees and viewers at home thought Best Picture was being awarded to La La Land.  This made sense, because frankly, Hollywood loves movies about itself.  However, La La Land WASN’T the Best Picture winner; the Oscar went to Moonlight.  Few moments compare to how hilarious it was seeing presenter Warren Beatty try and explain the situation.  Then, host Jimmy Kimmel makes a joke that he personally would like to “blame Steve Harvey for this.”  I get the joke…but still, not funny, Jimmy.  Not funny at all.

But, as of the 90th Oscars, DuVernay has made amends with The Academy, tweeting: “Inclusion looks good on you. I enjoyed celebrating the many faces of this country and our industry. People of many kinds, colors + cultures. Well-done. More to come.”

Was 2018 the magic year?  Did Get Out really solve Hollywood’s lack of diversity problem?  Jordan Peele — as far as I know — is the FIRST black screenwriter to win Best Original Screenplay.

Horror Nominations? GET OUT!

Not only did Get Out actually WIN an Academy Award, but it boasted an impressive amount of nominations.  Daniel Kaluuya was nominated for Best Actor in a Leading Role, with Peele being nominated for Best Director.  He also penned the Best Original Screenplay, of course.

What shocked me the most, though, was Get Out‘s nomination for Best Picture.  It seems just a tad fishy (no pun intended The Shape of Water) that a Blumhouse produced horror flick is in the running with films produced by Guillermo del Toro, Christopher Nolan and Steven Spielberg.  I’m not saying it can’t be done (clearly)…but the optics of it are a bit suspicious.  Hollywood LOVES those guys.

All in all, I am a fan of Jordan Peele.  Have been for quite a while.  I enjoyed Get Out.  It will soon make its way into my personal collection, no doubt.  I just hope The Academy is sincere in its praise of the film, the acting, the filmmaker, the script and the direction, because horror films don’t usually get this kind of love.  Especially at The Oscars.