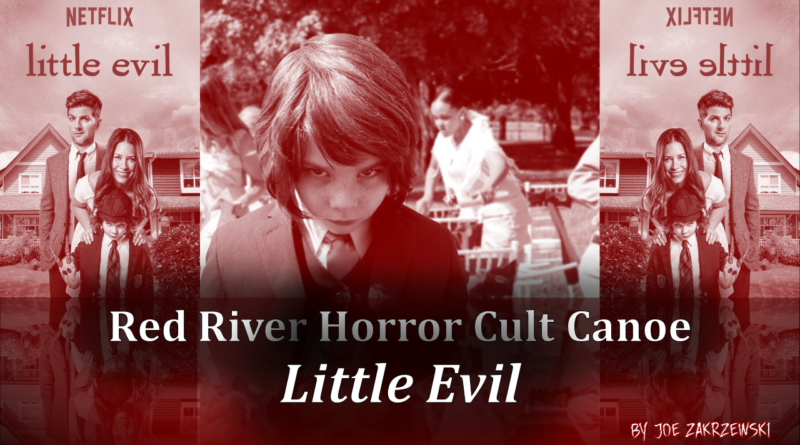 Eli Craig co-wrote and directed the incredible horror/comedy film Tucker and Dale vs Evil back in 2010.  Since its release, the film’s been seen by many horror fans thanks to its long tenure on Netflix. So, it only made sense that Netflix, in its quest to continue providing high-quality original content, would foot the bill for Craig’s next project — Little Evil.

In Little Evil, Adam Scott leads a solid cast in The Omen–esque spoof, and the viewer gets plenty of twists and turns.  But sadly, there are not many thrills…or laughs.

This is the type of movie that you pop on when you aren’t looking to engage too heavily. It’s smack dab in the middle of comedy and horror, but not strong enough to be considered firmly in either genre.  But, we’re not going to say it’s bad.  Everything about this film seems so right, yet unfortunately doesn’t deliver on the same level as Tucker and Dale.  The saving grace is the ending credits song: “Can’t Go To Hell” by Sin Shake Sin.

It’s incredibly catchy, and if you hear it, it will get stuck in your head.